When we got to the house and starting looking around as some of the team members got to the bottom of the stairs a crystal come flying down the stairs. After a bit of investigating the team realised that there was a few crystals placed on the top of the bannister. We did not class this as paranormal as it could have fallen off with the movement of walking up the stairs.

There was a few hits on the k2 meters and the ten cube went off. One of our investigators Jade got scratch which turned out to look like a burn.

While one of the investigators Emma was alone in the adults bedroom, laying on the bed she felt someone play with her hair. Like someone was putting curling it around there finger. This is also where the stick man was set up. Emma jumped up from the bed and looked at the screen and see another figure on the bed. Emma called for someone else to come up and take a look. Craig and Matt joined. Craig was asking the figure to touch his hand and put his hand out. At first it was a bit hesitant but eventually moved its hand up towards Craig’s. Craig then asked if he could sit on the bed with it, as Craig sat down the figure moved around Craig and shot up towards the ceiling.

There was a few orbs caught on picture and on the cctv. Thanks for everyone who joined us for our live feeds! By about half 10 the house went very quiet and felt very relaxed. Take a look at the pictures added from the stick man!

The first picture you can see Emma where she has jumped up and can see the figure in red on the bed. 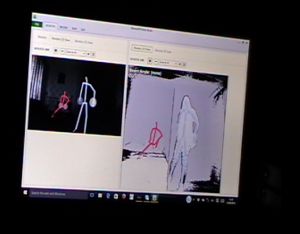 Second picture Craig and Matt join, Craig asked it to touch his hand. 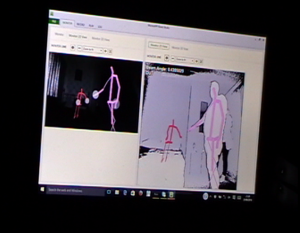 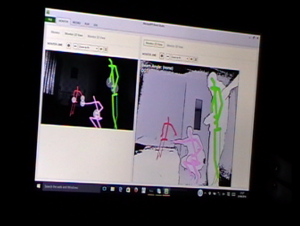 Fourth picture Craig gets on the bed, it moves round Craig and goes up towards the ceiling. 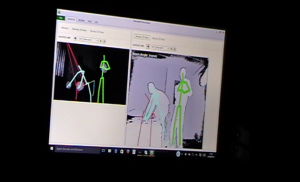 If you take a look at all the picture you will see on the right hand side of the screens, you can see the outline to all the people, but can’t for the one in red on the bed. So this to us is pretty amazing piece of evidence!