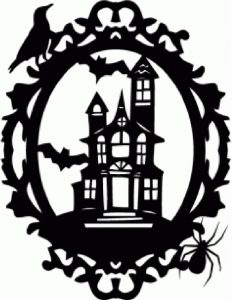 The Cambridge Ghost Hunters had an extremely active investigation last night at the private house. Activity started in the house as soon as the team started setting up the CCTV, k2 meters and rem cube started going off. The CCTV captured a lamp turning on by itself in the bedroom at the beginning of the night.

One of the investigators got pushed and scratch in the bedroom when asking out questions. While two of the investigators were locked in the loft doing spirit box, there was a voice that come through saying the investigators name followed by a sharp pain in his back like someone was pushing there feet into his back. There was a lot of battery drainage and one of the CCTV cameras kept getting turned when there was no one in the room. A lot of orbs was also picked up on the CCTV

The team done some glass work down in the living room where the glass was moved by a couple of spirits, including one evil one. The team wrote down letters and spread the out around the table and was asking the spirit questions. The evil spirit called the team some unpleasant names and was playing around with the team. It also spelt out chase charlie, which is the little boy who is extremely scared of him. There was also 2 other spirits that come through which were passed family members of the family. The family asked personal questions to be sure its them, which they answered correctly. The family members both said be careful and gave the name Victor Doe Winter, when asked the name of the evil spirit. When asked what the evil spirit wants, it spelt out to kill. The family members where asked if they could push out the evil spirit, they spelt out will try.

Overall The Cambridge Ghost Hunters believe that the house is very haunted and hope that the activity now slows down.